This page is animated and interactive. For the best experience, please use a desktop.


A neat row of shapes—conglomerate
Accidental properties suspire their shift
Abstract gestures, themselves cut into lines


Now, what bends in the wind, 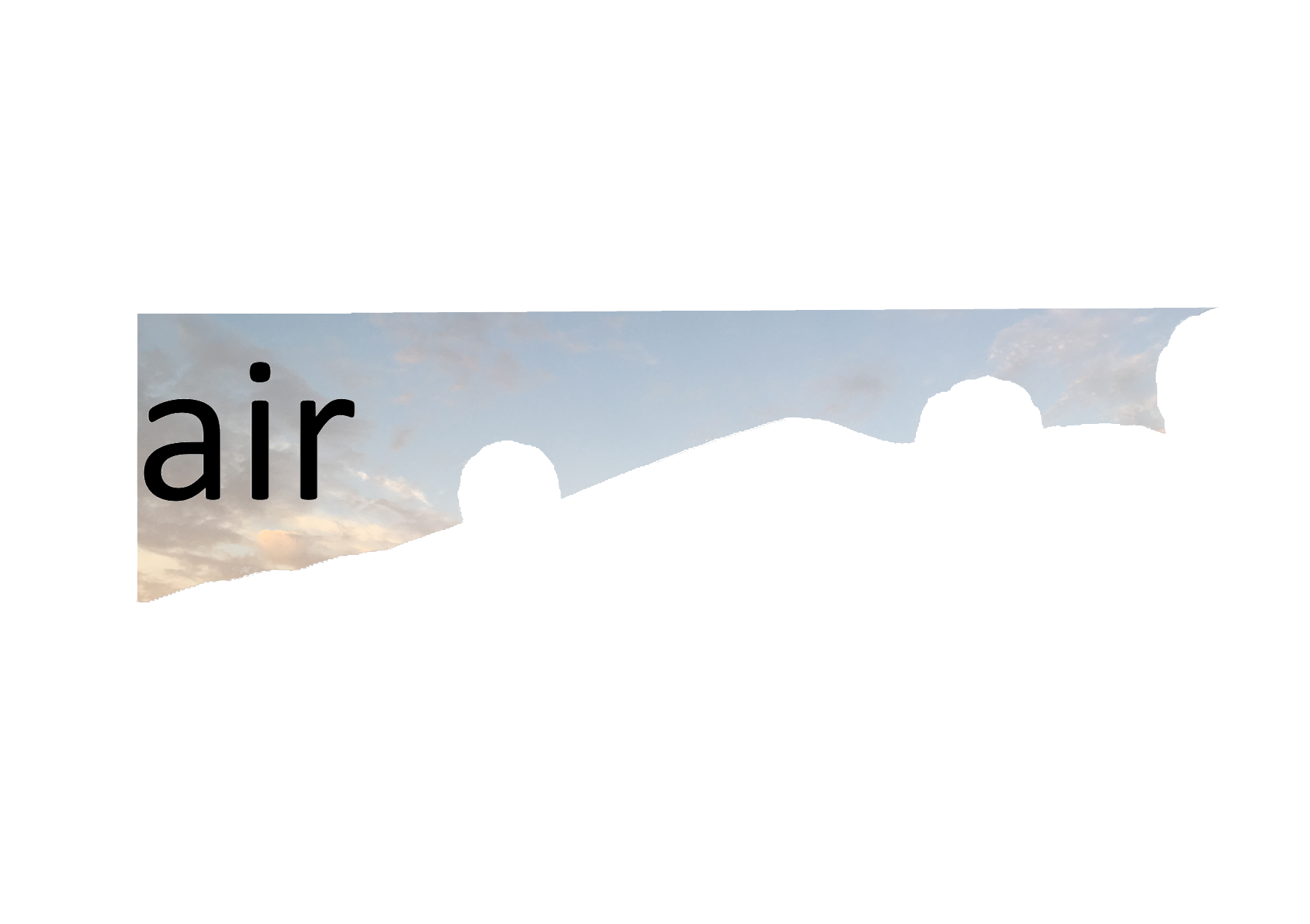 Studies suggest that all glyphs and letters—across time and cultures—might have universally sprouted from shapes in nature that were slowly absorbed into our social meaning-making. Humans are particularly gifted at recognising visual patterns, so it perhaps is not a stretch that we have, over time, adapted those same patterns and visual signs into our writing systems.

This hypothesis has been applied equally to proto-lettering systems, Chinese characters and non-linguistic symbols (like written music), accommodating language and cultural differences.

In one study, researchers fed images of savannah plains, computer-generated buildings, and infants’ scribbles into a machine to determine specific “conglomerations of contours” that might tap into “our already existing object recognition mechanisms”°. The aim of this research is not to reveal that we can (or did) draw out language directly from nature, but that there are fundamental shapes and topologies that humans have seen so often, they have made their way into our systems of communication.

Like tracing your fingers in air over the contours of the horizon, following the sway of branches in the wind, the gentle play of dappled light on the ground. Is this tracing shared between us all, can it be communicated to another? 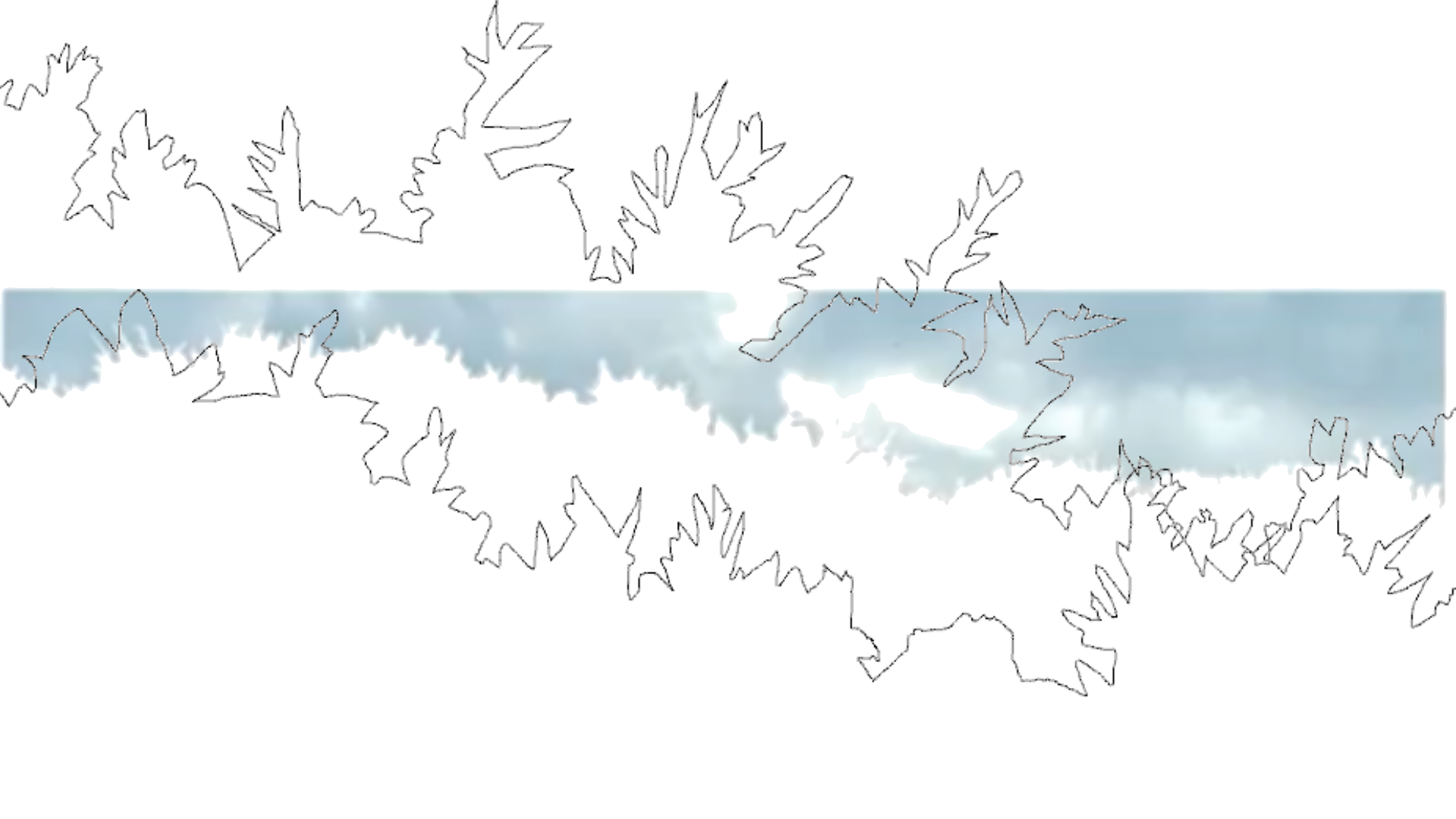 Here,
the line over-layered on the Z axis
a new language

describing into existence its own
poetic meaning

Each line plucked from the edge of the earth,

malleable between us,
variable
collectible

Writing systems have their own particular criteria that separate them from other collections of symbols used for maths, maps and art. There must be purpose and meaning imbued within the marks made, and those marks must be made on some kind of surface—be that physical or digital.

We move our tracing fingers away from the horizon and down onto a new surface, leaving new marks for others. We gouge, carve, chisel, cast. We paint, scribe, stamp, scribble. We standardise, we print, we set, we type.

Now, a computer can be trained to look back to the horizon. Replete with imprecise inferences and mega-collections of written text, a computer traces the horizon and sees things we never did. It approximates with confidence, etching out its own poetry from the single line between built environment and sky. 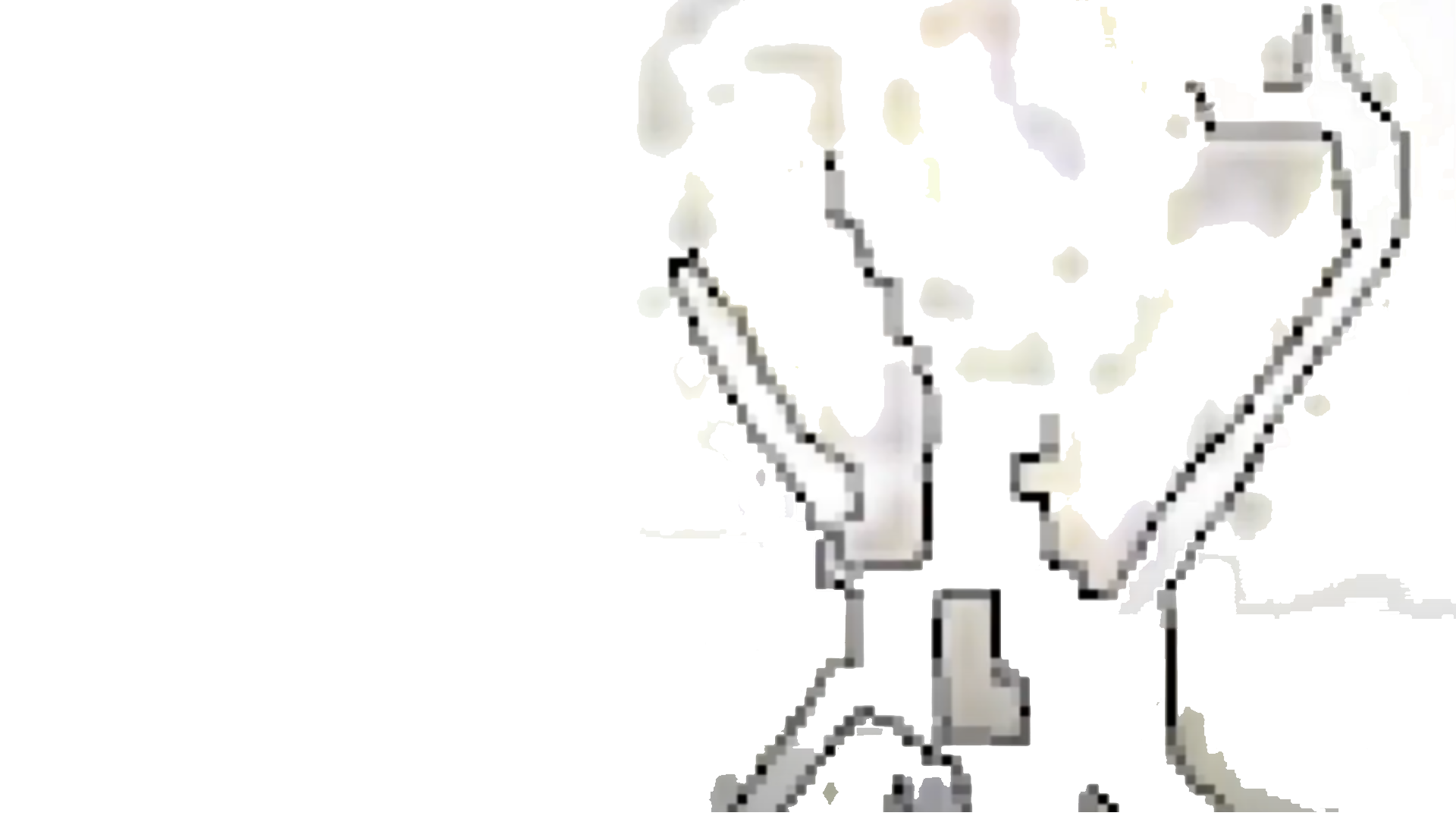 Read outside and
between language

A code is:   conduct

The application of the wind—
sympoiesis in conversation

Tracing outwards,  what is spoken
written
given life

The human eye can easily discern moving layers of light, picking apart semi-transparent shapes and shadows as they play across a surface. We can look down the street and understand a vanishing point, we know a chiffon curtain will only partially obscure the view, we see the setting sun and we anticipate the light fading.

Computational 'vision' is more granular, but not unlike our own system of recognising and committing patterns to memory. A neural network examines pixels, then traces the contours and edges of shapes to determine what they might be looking at. They’ll generally compare the image and their guess to pre-existing defined examples, which helps them get better at seeing and interpreting.

Asking a computer to read the horizon; telling the system there’s writing to be found, if only it can look hard enough, produces honest and naïve poetry. The cumulation of millennia of mark marking and communication, distilled into networks drawing out familiar shapes and patterns based on what we’ve taught them (and what they’ve taught themselves). 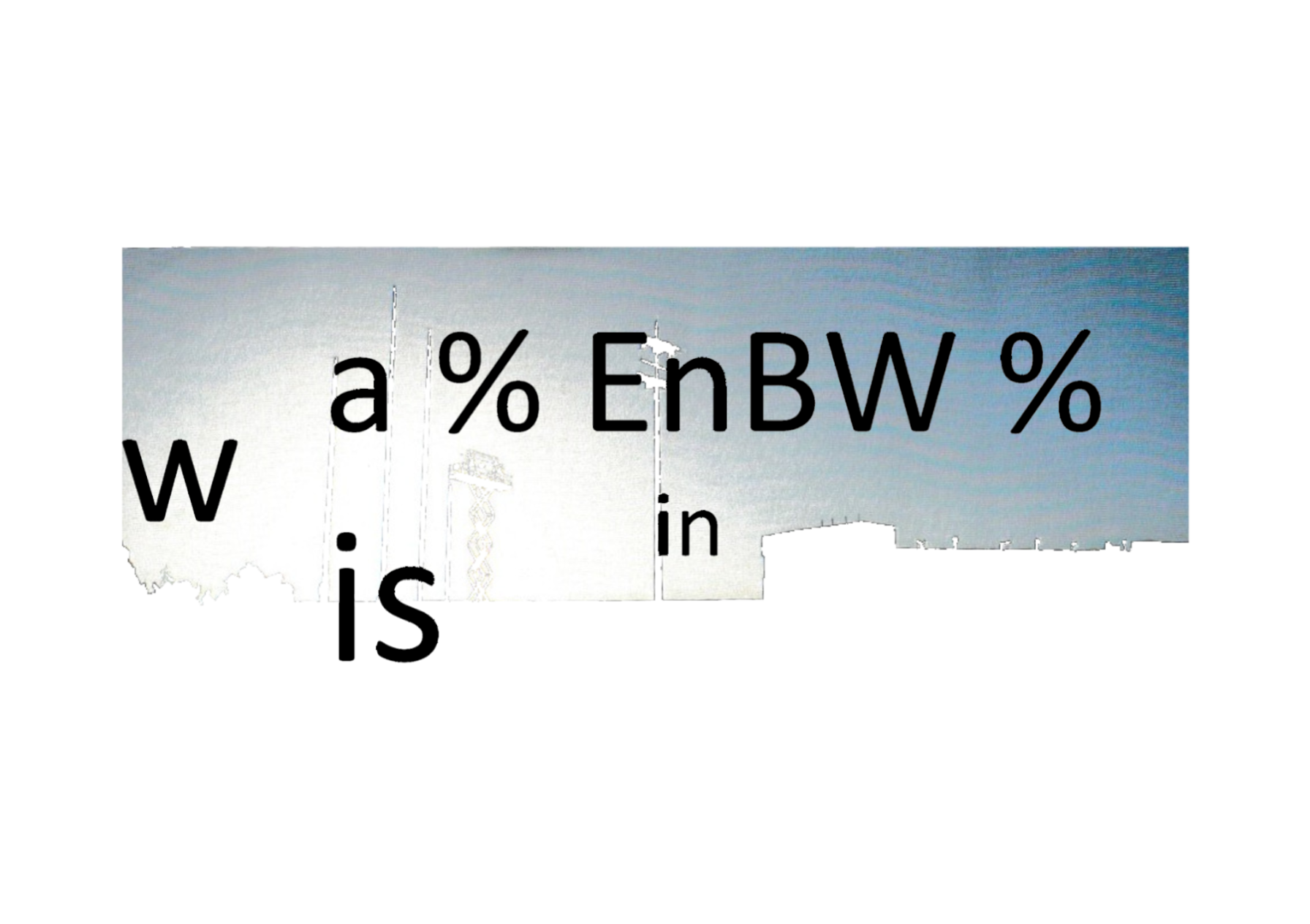 Is a skip a nimbler way of speaking?
A repeating trudge in a confined space, lap 3
What can be imagined as non-oppressive at this point?

Instead of catching sight of patterns, of grasping at texts and missives, feel out the distortions in space around each line. An etch that cedes to erosion, a slow anti-sediment obliterating negative space.

To layer marks is foundational, the leap from seeing to recording to representing. And repetition opens a path for us to tread, like walking new words into the floor, or tracing the horizon, movement through space is an indelible system of writing. The same message written a hundred different ways will always be read as poetry.

This accretion of marks becomes the model itself, and the negative space untouched becomes the place the wind can move through. In these non-spaces there is room for movement, for shifting perspectives and meanings, and for recognising language as an evolving fluid force.

We traverse the landscape of language in the breaths of words made from the horizon.


Now, what bends in the wind,
And what doesn’t? 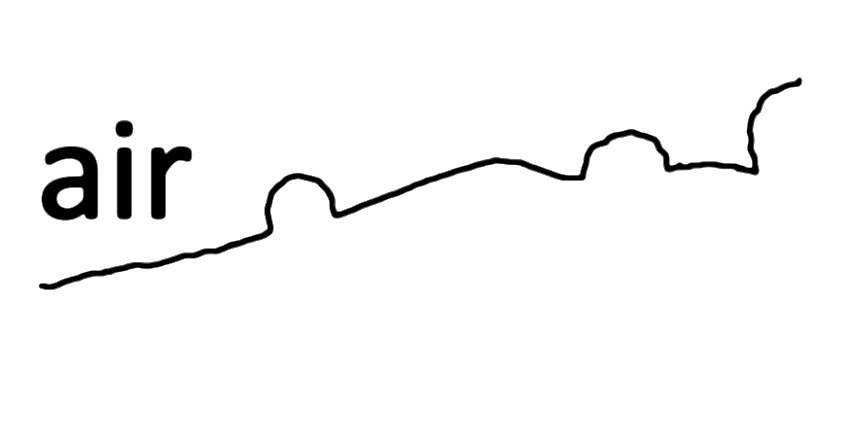